At the beginning of Yingluck Shinawatra government, the politicians cooperated with Department of Irrigation for a future corruption. They planned to save the water in big dams during the raining season, because in the raining season, farmers could use the rain for their agriculture. If the drought comes, they will take all budget, and release the water from the dams to pretend that they solve the drought problem.

Because of these extra storms, too much amount of water overload all these dams. If Department of Irrigation did not release the water so soon, the water would destroy the dams.

When the water from the dams and water from the storm met each other, it caused the great flood. To prevent the flood at that point, the shortest way that the water could go into Chaopraya river and released to the ocean is to pass Suphanburi; but Suphanburi is not allowed to be flood because of the political benefit.

Thaksin Shinawatra and another foreigner owns the large land in Suphanburi, and Suphanburi will never be flooded by the water. Nakorn Pratom where usually flood is also not allowed to be flooded, too, because it closes to Suphanburi.

Since the large amount of water cannot be released into the ocean shortly, it went to Ayutthaya which is World Heritage Site. As we can see in the television, all the historic sites were under the water. (Currently, they get much better, and they help other provinces from the flood, too.) After Ayutthaya, the water went to Pathum Thani and it would go into Bangkok.

Finally, the water cannot be passed into side provinces, it had to go directly to Bangkok.

Sukhumbhand Paribatra, Governor of Bangkok, tried to fight with the government to not allow the water go into Bangkok, but Yingluck Shinawatra commands Flood Relief Operations Centre to force Governor of Bangkok to open the water gate and let whole water flooded Bangkok. This is the reason that Bangkok is now in flood disaster.

The government policy is to keep the less important province safe, and destroy the capital instead. These are all only about political benefit, not public benefit. 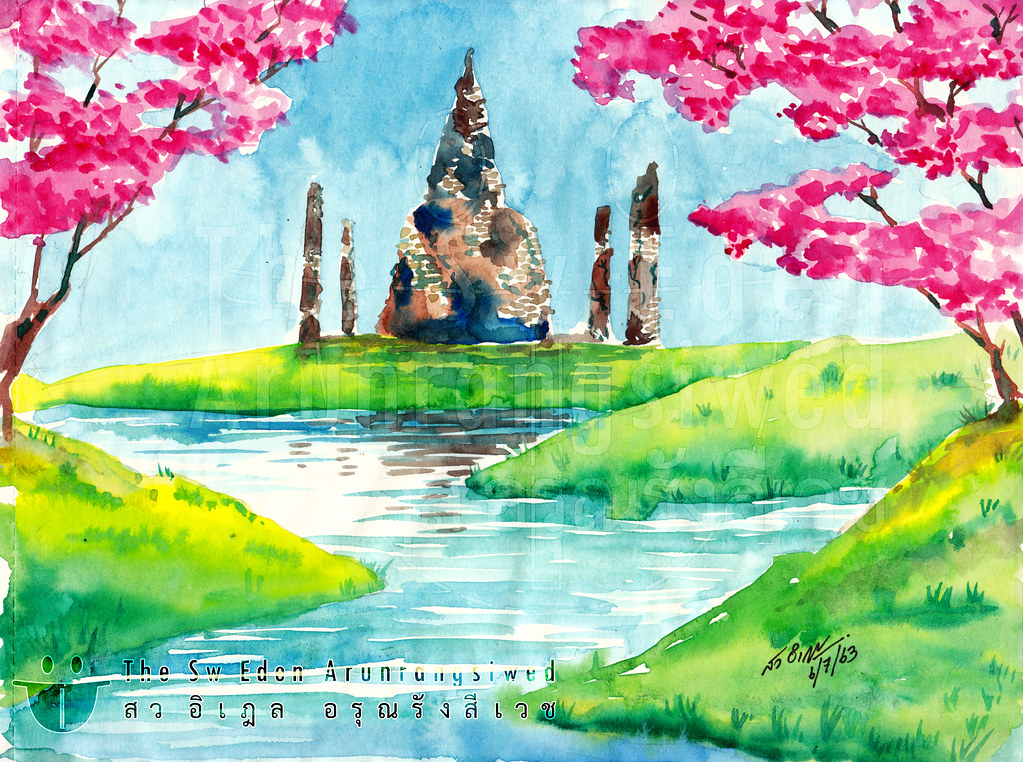