Thai Students being Shot by other Students, What can a Teacher do?

Cite this journal as: Eden, S. W. (2018). Thai Students being Shot by other Students, What can a Teacher do? Retrieved from http://sw-eden.net

I just listened to a news in the radio, that a student used gun to shoot another student, who was studying in the rival school. They said that the teachers in the particular school knew that their students have guns. All the guns are collected in the school area for the students to use to kill other students.

As a Thai teacher and prior Thai student, this is very uncommon for Thailand. Most schools do not have this kind of stuff. There were only few school or institute in Thailand that students are allowed to keep guns. In fact, it is illegal, but teachers might be afraid of their students. I think I understand that teachers have to love their own life, too. It is wrong at the older students who teach the new students to commit this crime. 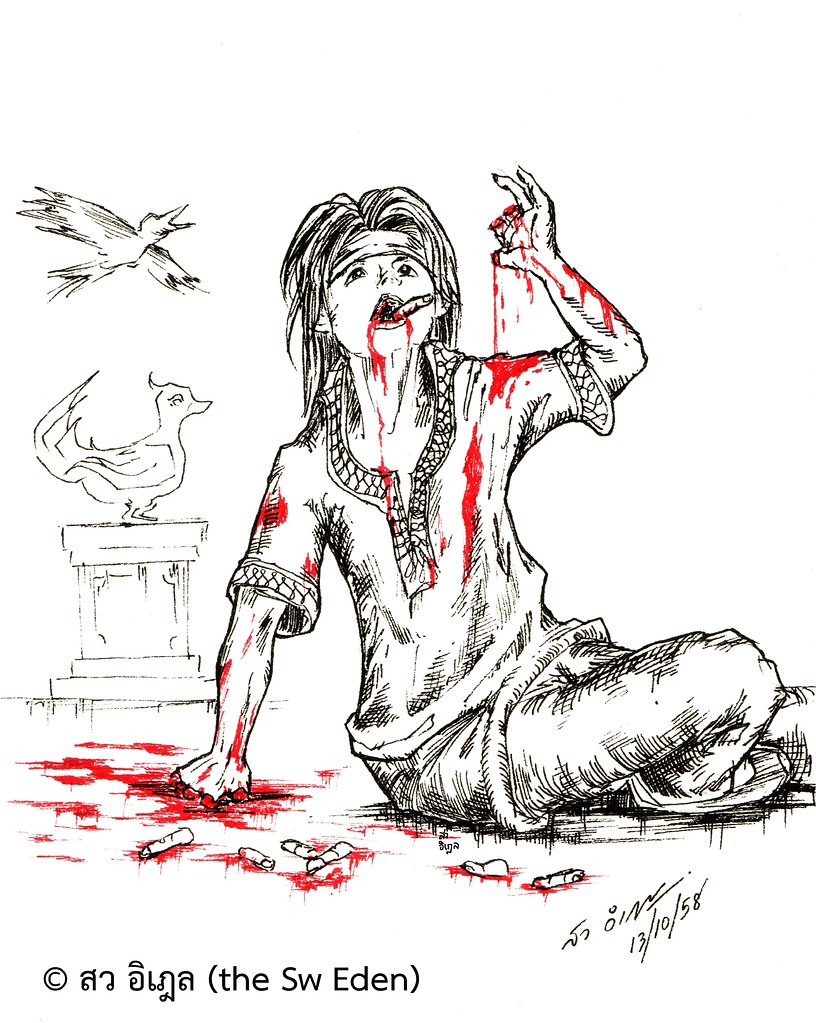 Figure I : Dying one

I have experienced a similar kind of thing. Once, I drove my car in the morning. A male student, look like a high school student, drove his motorbike and hit my car. I got off from the car and rail him angrily. I wanted to call the police or the insurance company. But, that student did not have a driver license, and did not have an insurance. Later, I took his ID card to consider what to do next. A half dat later, I send the card back to him by snail mail.

I called the officer and teacher in his school, and told them about their students, actually impolite students. Why? after the accident, when I was talking with the one who hit my car, there were three more students in the same gang came and stood around me. I knew that they tried to make me fear. And I also know that I am also a teacher. To view them as students, I would not afraid of them.

I told their teachers about the behavior of the gang. However, they did not listen to me. They told me that the impoliteness is very common in their students.

Fortunately, there are only few schools that bad students have the power over the teachers in Thailand. I am lucky that I experienced it only one time. In my school, some students may be aggressive, but they know that they have to respect the older people.

One response to “Thai Students being Shot by other Students, What can a Teacher do?”