By RataJIT:)
I got this news from TV and Posttoday newspaper on Apr 30, 2010 about many Thai people condemn ~ 100 Red Shirt guys who attack Chulalongkorn Hospital. Their bad acts threaten the sicks especially the heart sick patience.
I don’t understand that the police come really late about one hour after this attack and cannot stop them as well. Some nurses and doctors told via TV that “Why these Red Shirt men can do as they like, can check all people’s belongings as they want even doctors, nurses, officers, patience and their relatives. Anyone who looks from the hospital’s window will be lighted the eyes by laser flashlight….”
This is the most pity scene for Thai people to see all patience including the heavy ones have to be moved from Chulalongkorn Hospital to Siriraj hospital instead. Chulalongkorn Hospital in named of King Rama the Fifth since 1914 s now a desert hospital left only one patience who is our Patriarch. All want to see Bangkok as in the past before Mar 12, 2010. 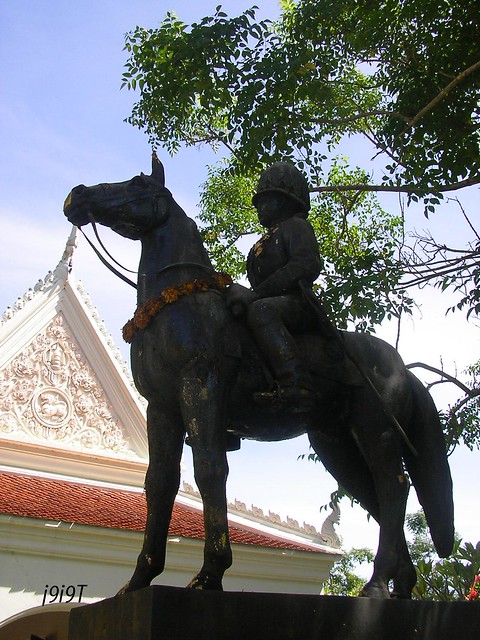 Oh! this is real Shark Attack! It ate his cat first and then his arms, his body, his head but why did it not eat his legs?